The Defense on Topless Pictures of Jenny Cortez and Poopy Bunga

The Defense on Topless Pictures of Jenny Cortez and Poopy Bunga

JAKARTA, KOMPAS.com - The production house Cita Barru Production (CBP) takes the responsibility for the half-naked pictures of the soap opera celebrities  Jenny Cortez and Poopy Bunga who starred in "Pemburu Cinta" (Ghost Buster),  right after knowing them widely spread. " I will take the responsibility for this,"  the director and executive producer of  CBP, Alamsyah, at a press conference on Dewi Sartika Street, East Jakarta, Monday.

Alamsyah stated that the pictures were publicly distributed unintentionally. "Frankly to say that this happened without our consent, it was an accident,"

Alamsyah admitted of having conveyed his apology on the two actresses several days ago. "After knowing these pictures widely spread, I directly called Jenny up to apologize.

Even Alamsyah is ready to deal with any sue if Jenny and Poppy take legal actions. "When Jenny sues CB through her lawyer, that's her right, but we still want to settle that out of court," Alamsyah stated.

"However we still appreciate that if Jenny insists suing. But it's better if we talk about this outside court. I won't defend myself." (C7-09) 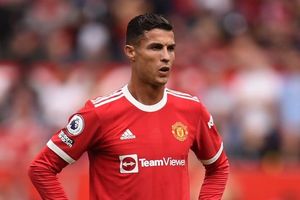