JAKARTA, KOMPAS.com - US singer Kelly Clarkson was in trouble Wednesday with a 30-million-strong Islamic organisation after she accepted tobacco sponsorship for her upcoming concert in the Indonesian capital. Indonesia’s laissez-faire attitude to tobacco advertising has resulted in television, billboard and online promotions showing Clarkson under a prominent logo for a local cigarette brand.

The sponsorship has been condemned by the Indonesian National Commission on Child Protection, the Southeast Asia Tobacco Control Alliance (SEATCA) and the US-based Campaign for Tobacco-Free Kids. It has also raised the ire of the country’s second biggest Muslim organisation, Muhammadiyah, which recently issued a fatwa or religious decree declaring smoking and all related activity forbidden under Islam.

Muhammadiyah fatwa department chief Yanuar Ilyas said the group’s position on Clarkson’s sponsorship was “already clear”, according to The Jakarta Globe newspaper. Advertising linking the singer with smoking was a “clear phenomenon that the cigarette company is attempting to recruit younger people”. Former “American Idol” star Clarkson had not responded to AFP’s request for comment by late afternoon on Wednesday.

Campaign for Tobacco-Free Kids president Matthew L. Myers said Clarkson would become a “spokesperson for the tobacco industry and helping them to market cigarettes to children” if she went ahead with the concert.

“If she rejects tobacco industry sponsorship, she can send a powerful message to children in Indonesia and around the world that they, too, should reject the tobacco industry’s deadly products and marketing.” SEATCA has written to the entertainer urging her to “rectify the situation”. “It is important that you and your music are not associated with cigarettes and ill health,” it said.

“Indirectly, the event is persuading teenagers here to smoke. This will produce teenagers that are dependent to the cigarette industry.” He said he believed that Clarkson was ignorant of who was sponsoring her show.

Another US singer, Alicia Keys, ordered cigarette logos be removed from advertising for her Indonesia tour two years ago after she realised she was being sponsored by a tobacco company. 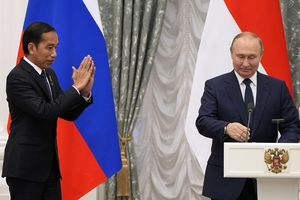 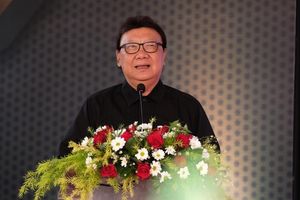 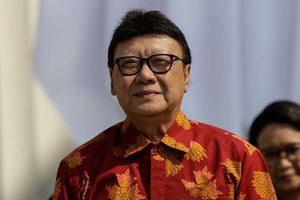